The biggest high school esports competition of its kind in Queensland was hosted by QUT on Saturday with an emphasis on professional competition and fun.

More than 250 students and representatives from at least 20 schools converged on Brisbane's Nissan Arena for the day-long tournament, battling for honours in League of Legends Howling Abyss.

The day was the season starter and major event leading into the 2022 QUT High School Esports League. The league aims to boost the profile of esports in Queensland and provide a grassroots program that encompasses ‘real world’ learning while also providing a possible pathway to university for players and people interested in careers within the multi-million-dollar professional esports industry.

The championship trophy and prizes were awarded to Kelvin Grove State High for defeating John Paul College in the Grand Final, sponsored by Dell-Alienware.

Awards certificates were presented to teams from The Southport School for fairness, Prince of Peace Lutheran School for respect, The Springfield Anglican College for responsibility, and The Lakes College for safety.

A mobile broadcasting studio was established to ensure the competitive action played out live via the gaming platform Twitch using the QUT esports dedicated channel.

The main show court of the arena was transformed as 42 esports PCs were plugged in, while a higher-level stage included six PCs flanked by two large LCD screens with cold spark effects to showcase the top action. 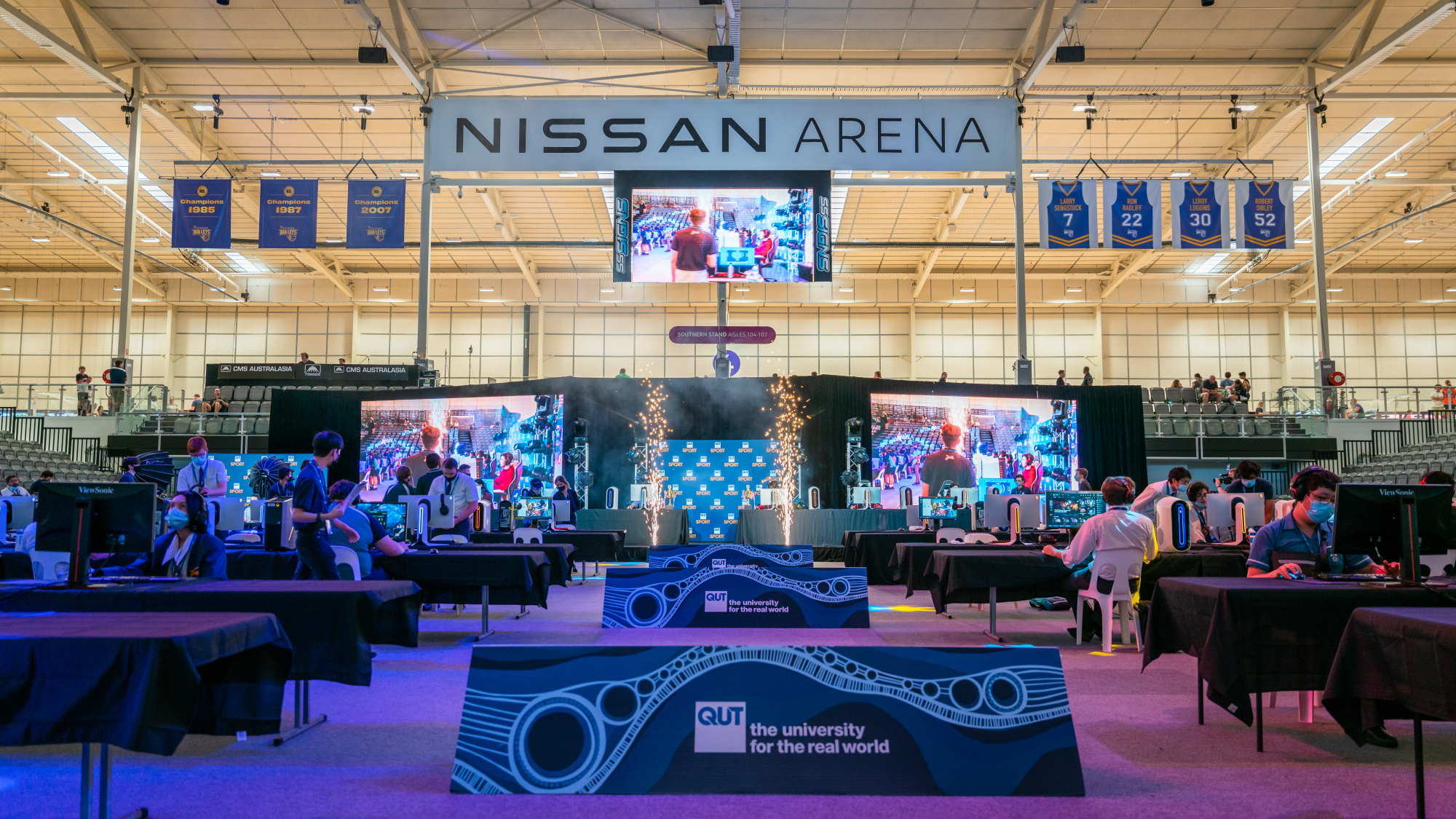 QUT esports coordinator Steve Window said the university was a leader in the Australian esports scene.

“This is a highlight event for us in sport as esports is an ecosystem which encompasses players, data analysts, tacticians, new media producers and evolving technology,” he said.

The high school students competed at least five times during the day and at one point 14 teams played against each other.

Mr Window said players also participated in peer-led education, online safety and wellbeing activities that were embedded into each round. 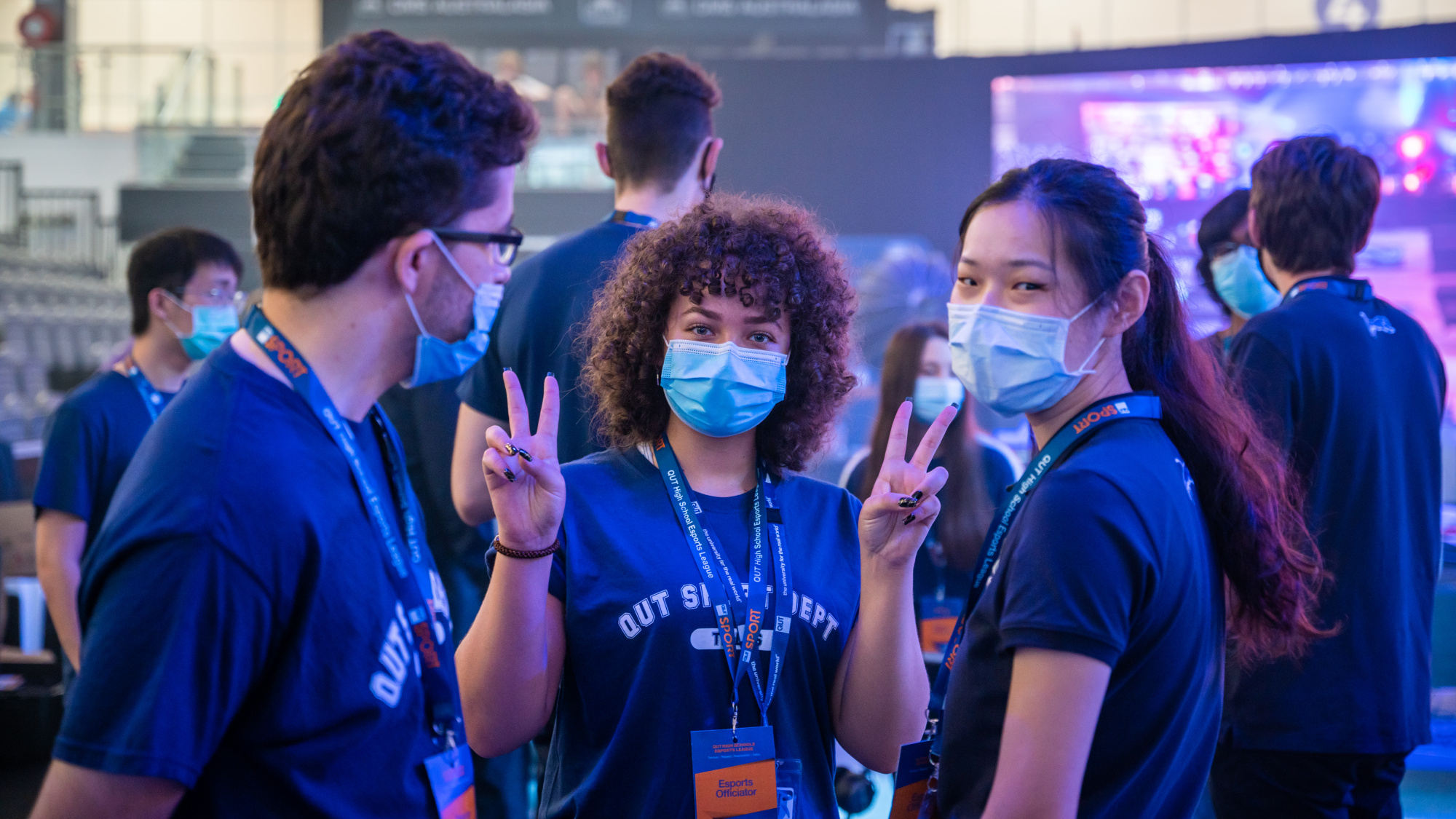 Some students also undertook the roles of sports commentator and could also record an eSafety message with the event backdrop to be used for their own school communities.

“Many students decide to study at QUT because of our innovative esports program which was established in 2017 as an Australian university first,” Ms Rosemond said.