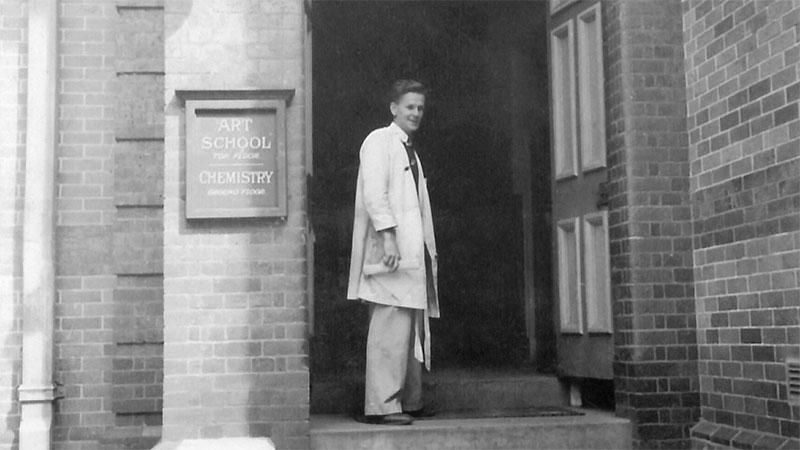 A generous bequest gift from the daughter of the late Frank Oliver, one of the ‘founding fathers’ of chemistry at QUT, will foster science education for generations to come.

Having named the QUT Frank Oliver Endowment in her Will, Mr Oliver’s daughter, Lesley ‘Wendy’ Colbert, donated $500,000 to the university when she passed away.

QUT will create the Frank Oliver Award with Ms Colbert’s gift to honour her wishes and her father’s legacy as an outstanding Head of School and chemistry academic over many years within QUT’s predecessor institutions.

The award is perpetually funded through the endowment’s investment earnings and will be offered on a merit basis to support and reward outstanding students undertaking studies in chemistry-related disciplines.

Head of QUT’s School of Chemistry and Physics, Associate Professor Jennifer MacLeod, said Ms Colbert’s gift is significant for many reasons, including being the largest donation ever received for chemistry education at QUT.

“Ms Colbert’s visionary gift will support countless students to achieve excellence in their degrees, and to use their education to benefit our world for many years to come,” said Associate Professor MacLeod.

“QUT chemistry graduates and researchers contribute to scientific and technological innovations that will help address many of the challenges faced by our world, including sustainable energy and food production, managing our environment, providing safe drinking water, and promoting human and environmental health.”

Ms Rathbone said she was delighted to visit QUT and see the buildings where her father worked from 1939 as an Assistant Teacher with the Central Technical College (CTC), to 1973 when he was the inaugural Head of the School of Applied Science at QIT (Queensland Institute of Technology) before his death.

“It’s wonderful to meet the researchers and students who followed in my father’s footsteps all these years later,” said Ms Rathbone.

“I’m still working as a teacher at West Moreton Anglican College. Having now met the people and seen the impressive modern laboratory and teaching spaces, I am going to encourage my students to consider studying science at university.

“It’s heartening to know that my father and sister’s legacies will continue well into the future through the Frank Oliver Award.”

The funds were raised through donations and profits from events managed by the QUT Industrial Chemists Group. The original prize was awarded to high-achieving students in the Associate Diploma in Applied Chemistry.

Currently valued at $1,000, the Frank Oliver Prize is awarded each year to the student who graduates with the highest result in the chemistry major of QUT’s Bachelor of Science (Honours).

In 2019 the Frank Oliver Prize was awarded to Ms Astrid Larin, who is currently studying a PhD in chemistry at QUT. 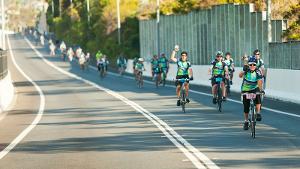 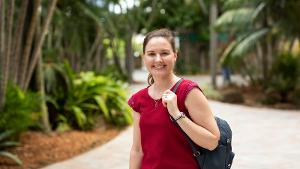