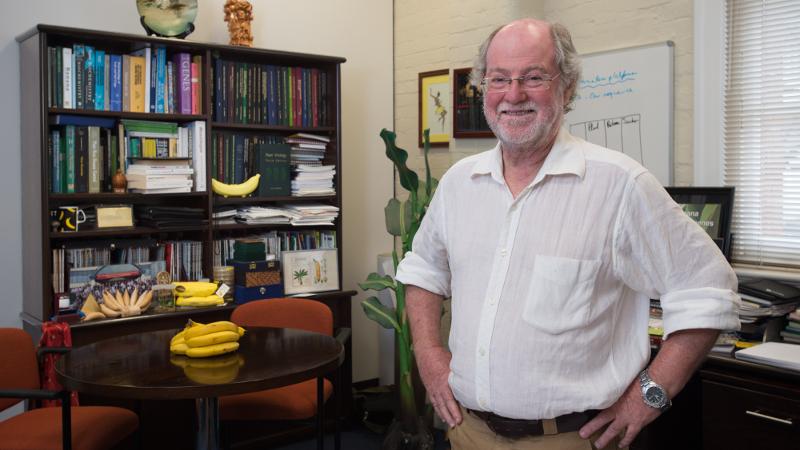 The development of the TR4 resistant line has led to a multi-million-dollar partnership with US-based international fresh fruit and vegetable leader, Fresh Del Monte.

“While our success in developing a disease-resistant genetically modified line of Cavendish is a world-first achievement, this funding will enable us to develop the next generation of TR4 resistant Cavendish bananas,” Professor Dale said.

“The ability to leverage the capabilities of the team at QUT is very exciting. We see the potential with these revolutionary technologies, and we are looking forward to putting these tools to work to solve real problems facing the world.

“Fresh Del Monte is proud to partner with a respected research university facility like QUT in this endeavour,” Mr Sauter said.

Professor Dale’s research is conducted in Brisbane at QUT’s Centre for Agriculture and the Bioeconomy, with the confined field trials conducted on a La Manna Premier Group (LPG) joint venture banana farm outside Darwin in the Northern Territory.

He said the field trials showed that high expression of the gene RGA2 derived from a wild banana provides resistance to TR4 disease. Although RGA2 is also present in Cavendish it is not expressed.

“Our main gene editing strategy is to activate the expression of the RGA2 gene in Cavendish creating a gene-edited banana resistant to TR4,” Professor Dale said.

“Fresh Del Monte joining with QUT to further progress the gene-editing banana resistance research is a positive move for both the industry worldwide and for Australian banana growers,” Mr Di Pietro said.

TR4 is a catastrophic disease with outbreaks leading to diminished crops across Asia, the Middle East and Africa and in 2019 was found in Colombia in Latin America, the region which accounts for about 85% of the world’s export bananas.

“The disease has also been found in crops in Darwin in the Northern Territory and in Tully in North Queensland resulting in strict quarantine measures,” Professor Dale said.

“TR4 is caused by a soil borne fungus that can survive in the soil for more than 40 years. The fungus kills Cavendish and many other types of bananas and there are no effective chemical treatments. Resistance to the fungus is the best strategy.

“With bananas being a staple food in many nations around the world, this disease has the potential to become a humanitarian issue,” Professor Dale said.

He said until the 1950s the most common export banana worldwide was the Gros Michel, a variety that was obliterated by Panama disease race 1.

“Scientists around the world are working to ensure Cavendish doesn’t suffer the same fate.”

The Fresh Del Monte and QUT research collaboration is staged with multiple phases over the next five years, ultimately resulting in novel commercial resistant banana variety releases. Both see this effort as the first step in leading future innovation in the banana sector. 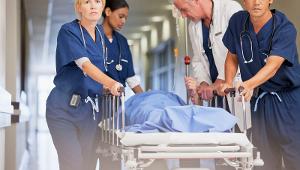 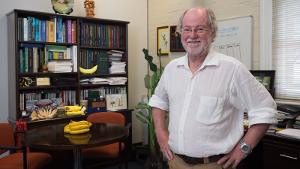