Fund provides some hope for the future 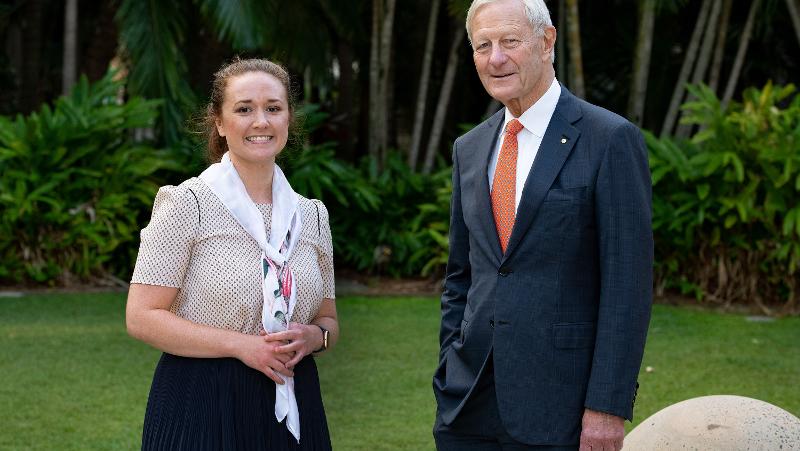 For 29-year-old QUT student Rebecca Motta, receiving a Tim Fairfax AC Learning Potential Fund Scholarship was not just a cash boost.  It was a lifeline.

The single mum, who received notice of her scholarship at an event last week, said it made her dreams of providing a better future for herself and her three children aged under five years old, a reality.

Ms Motta said she had attempted to study nursing at university twice but a lack of finances meant she couldn’t complete her degree.  This time, she is studying a Bachelor of Biomedical Science and feels like the time is right.

“Receiving this scholarship means that this time, I will be able to finish my degree in two years and provide myself and my three children with a better future,” Ms Motta said. “I re-entered study as a way of pursing my dreams after my marriage broke up and this money will help me graduate.”

Ms Motta is one of 49 students to receive a Learning Potential Fund scholarship this year. The ground-breaking equity scholarship scheme has awarded scholarships and bursaries to support more than 15,000 students since 1998.

The fund was set up to recruit and retain low-income students to the university.

QUT Vice-Chancellor Professor Margaret Sheil said she was extremely proud of QUT’s strong culture of philanthropy, with the Learning Potential Fund the largest of its kind in Australia.

She thanked Tim Fairfax AC and Gina Fairfax for their contribution to the QUT community and the lives of those people within it – through their time, effort and financial support.

“Tim established the scholarships in his name during his time as QUT’s Chancellor.

“QUT’s Learning Potential Fund has become a remarkable example of the QUT community’s commitment to fair access over the past 22 years,” Professor Sheil said.

As for Ms Motta, the much-needed cash will be spent on family bills.

“For me it’s a way of being able to manage while I’m unable to work and living on support. It’s given me the possibility of a better future,” she said.