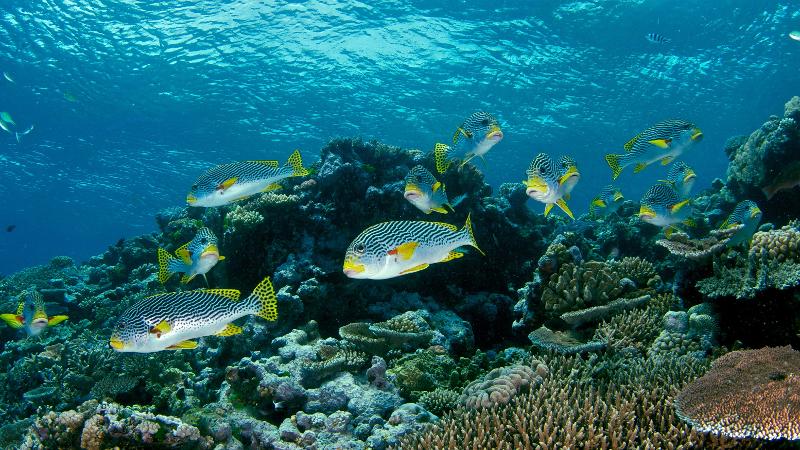 Protecting marine ecosystems and fisheries from climate change is a global priority but a new QUT-led, international study finds that our lack of understanding for how marine systems function is muddying the waters.

The result – Disentangling diverse responses to climate change among global marine ecosystem models – has now been published in the journal Progress in Oceanography.

“Global warming is already driving significant changes in the structure of marine ecosystems across the world’s oceans. Marine ecosystem models give us insight into how these changes could impact larger animals and societal services such as fisheries,” said Dr Heneghan.

“The models in our study generally agree that climate change will cause the world’s marine animal biomass to decline. However, we don’t yet have a clear picture on how large these declines could be across the world’s oceans through the 21st century.

“Millions of people depend on the world’s oceans for food and incomes. In light of the recent release of the report from the Intergovernmental Panel on Climate Change (IPCC) saying that at least 83% of the world’s oceans will very likely warm further this century, it is essential we find a way to be more accurate in such modelling.

“As a community of marine modellers, we undertook this study to get an honest picture of what we’re missing in our models that could be driving inter-model variation.” “We know the impact of climate change on both water temperature and primary production will alter marine ecosystems in fundamental ways. Fish and other marine animals will burn more energy in warmer waters, leaving less scope for growth and reproduction. At the same time, in regions where primary production from phytoplankton decreases there will be less food, which will drive marine biomass down further.”

They explored the mechanisms behind the diversity of responses to warming and changes in primary production in eight global marine ecosystem models from the Fisheries and Marine Ecosystem Model Intercomparison Project (FishMIP).

“Between now and 2100, the change in global marine animal biomass across our models varied between a 30% decline and a small increase of 5%. Across all the models, there were biomass declines across most of the world’s oceans, but the models disagreed on where, why and by how much marine biomass would decline under climate change.

“We are also now aware that many of the models take an optimistic approach to how energy moves through the marine food chain, which overlooks the possibility that climate change could further undermine ecosystem function and cause greater biomass declines than what our models are currently projecting.

“There is a lot of work to do, and we’re excited at the roadmap this study provides the scientific community for increasing our understanding of the world’s magnificent marine ecosystems.”

Climate change is also on the agenda during QUT’s Sustainability Week (23-27 August).