“We are going to see a greater need for voice actors and on-film actors - we have become addicted to Netflix – so there are opportunities for our students in these lucrative areas,” QUT Creative Industries Faculty senior lecturer Dr Caroline Heim.

Dr Heim said the acting and drama students had kept calm and carried on during the COVID-19 shutdown producing some innovative performances online.

“They have returned for in-person classes in semester two with a focus on digital adaptation such as film and some comedy to lighten the load and enhance resilience in an uncertain world.

“QUT drama teaches the only comedy course of Its kind at a university in Australia. We are planning to perform scenes from Shakespeare’s comedies, Commedia dell’arte and some hilarious farces. 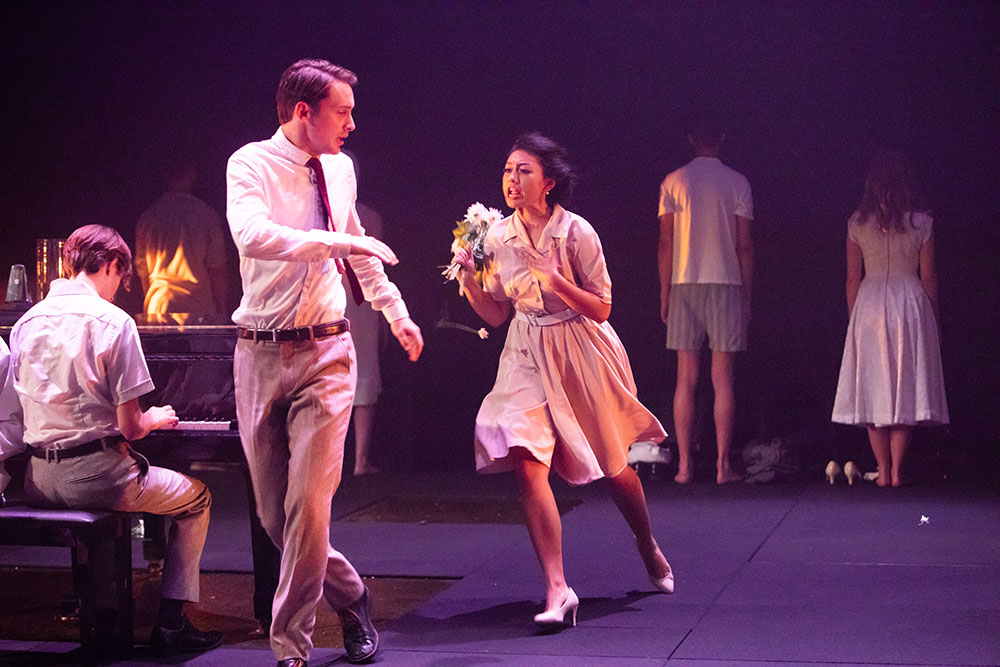 “The acting students will stage a full performance of Shakespeare’s Twelfth Night as an assessment piece before a ‘live’ student audience that promises a buzz of ‘electric air’ and we hope to put a recording of the play online.”

Dr Heim’s new book Actors and Audiences, Conversations in the Electric Air is about the interplay only live theatre has between actors and their audience that creates a unique performance each time.

She interviewed 79 professional audience members and 22 internationally known stage and screen actors in the United Kingdom, United States, France and Germany for the book.

“Audience members and actors describe the electric air in terms of feeling states: ‘It makes you tingle,’ ‘It gives you a rush.’ Like many of the enchantments of the theatre, it defies quantification,” Dr Heim said.

“The electricity in the air changes the emotional temperature in the theatre. Every audience member or actor I have spoken with has experienced it in some way. It is addictive, exhilarating and gratifying. This is why I termed it electric air.”

Dr Heim said during interviews for the book she discovered widespread anxiety among actors which spurred her to set up a mental health program to enhance existing wellbeing measures that support acting students at QUT.

“I often consult with students in need but during the bushfires and COVID-19 these mental health needs have become especially acute and we offered extra support during lockdown.

“To support them, our program concentrated on promoting mental wellbeing with techniques to beat anxiety and move forward in an uncertain world.

“We have found students are responding and experimenting with new forms of real-time audience feedback with on-line performances where they can see clapping emojis or comments coming in.

“They are looking for new ways to engage audiences and create a different kind of ‘electric air’.”

“We have been assured by Australia’s leading casting directors and agents that the industry is right behind us as we all negotiate the ever- changing landscape,” Dr Moor said.

“And we are delighted to see that even during the COVID lockdown we have successful graduates such as Sisi Stringer shooting Children of the Corn, one of the only films in production globally”.