Australian film and television producer and director John Stainton has given three students a headstart in the highly competitive entertainment industry.

After four years of contributing his industry expertise to the Creative Industries Faculty at QUT, John Stainton has established scholarship and bursary opportunities to provide financial support for students of the faculty.

Well known for his work with the late Steve Irwin and The Crocodile Hunter productions as well as a co-founder of the Eat Street Markets, John reflected on how hard he had to work to succeed in the entertainment industry.

“I had a passion for it and nothing was going to stop me. The drive and ambition to get into an industry is the most important thing you can have,” he said.

“It’s a cutthroat business and it takes a lot of hours and there’s a lot of people trying to get in.

“Having lectured here a couple of times for the new intakes of each year, I realised that for the hundreds of people coming in, it’s a tough game to get all those people into work. There are probably only a few openings in Brisbane where you can make it.”

John said it was a privilege to support students who showed a similar drive and passion to succeed.

“If they’ve got the passion and the drive to do it and they’re showing some promise, then I want to be there to help them get into the industry,” he said. 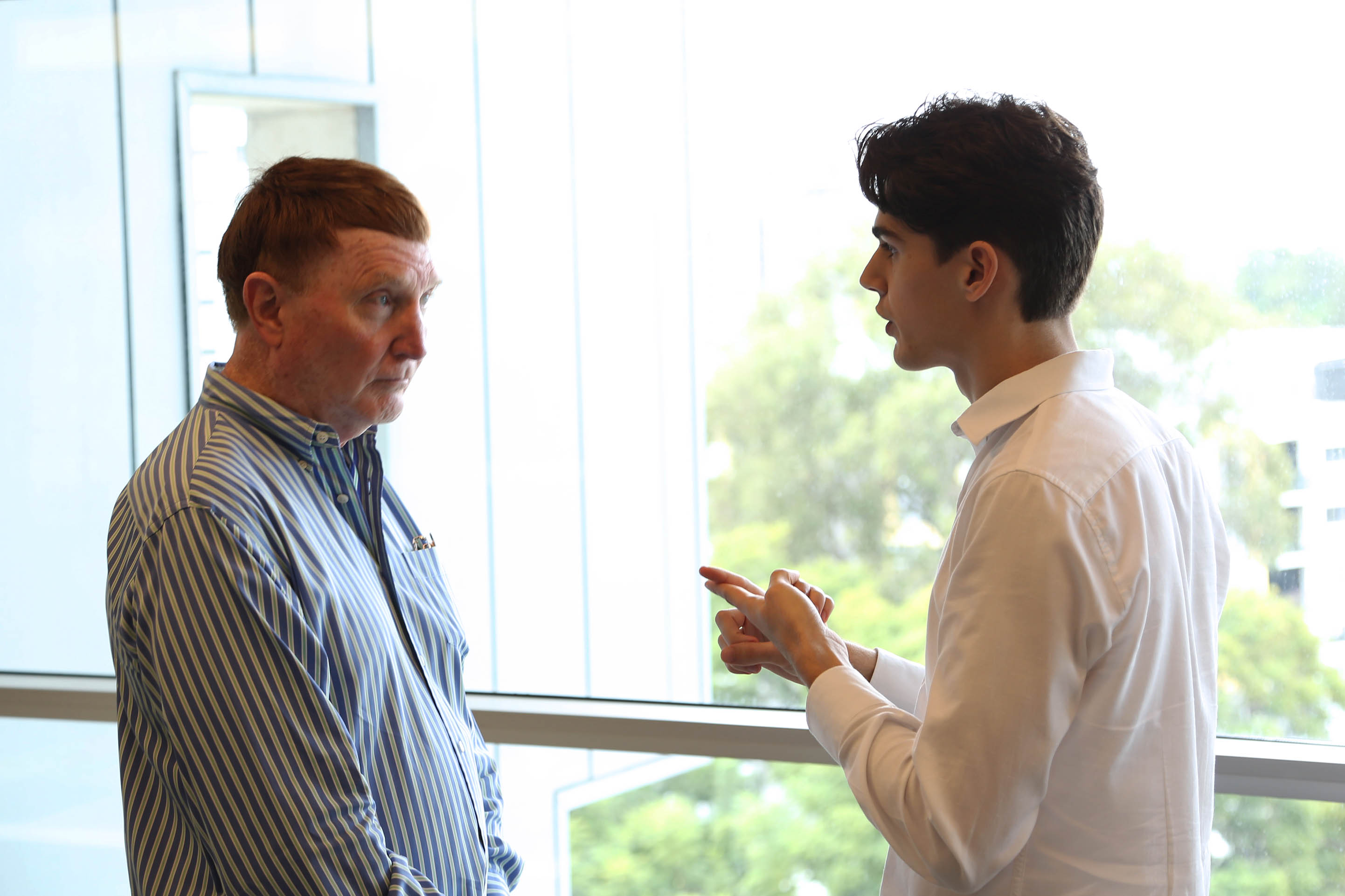 John acknowledged the real-world learning environment at QUT provided an ideal opportunity for students to acquire job-ready skills, particularly in the Bachelor of Creative Industries course and Entertainment Industries major.

“It’s not just teaching people to be camera operators or directors, which everyone wants to be. It is opening the whole industry up to people producing festivals, markets, bands and shows,” he said.

“And that’s the entertainment industry; knowing how to produce and get things organised, how to make a profit out of it and how to be a success in this industry.

“This course here at QUT… I think it’s the most innovative thing I’ve seen for the industry I work in.”

John Stainton Scholarship recipient Aurora O’Neill was quick to gain professional experience in the field of her study when she began her Bachelor of Creative Industries.

“When I first started studying, about a few months in, I started volunteering through an organisation in Brisbane helping out with videography and video editing,” she said.

“Getting that real-world experience is pivotal.” With more than five years of volunteering at community not-for-profit organisation Junior Quota Beenleigh, Aurora has already developed advanced skills in videography and digital content creation while showing a genuine passion to succeed.

As she approaches the end of her degree, Aurora said she has hopes to establish her own freelance business in the near future, which the scholarship’s financial assistance will go towards funding.

“I’m looking at specialising in events or corporate social media marketing,” she said.

“I know a lot of business people in the Logan area. So, I already have those networks and connections to be able to start there.”

Animation student Jordan Turner was exceptionally qualified to receive the John Stainton International Bursary, which aims to support a student exploring different cultures and establishing an international network to enhance their career prospects. 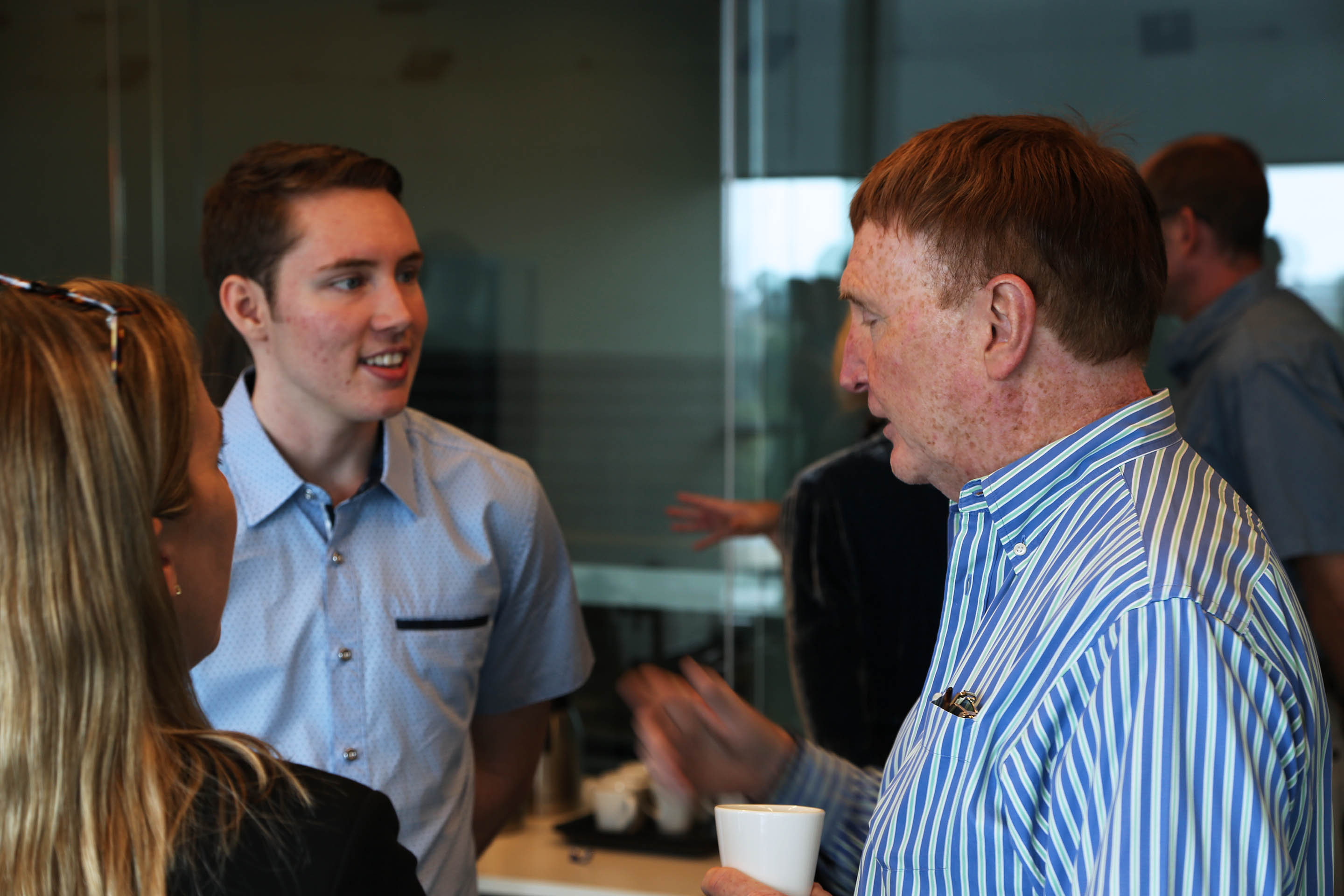 With a departure to France for the Annecy International Animated Film Festival imminent, Jordan said he was looking forward to gaining an insight into the animation industry and making contacts with future employers.

“Long term, I would like to end up moving into a games studio and become a lead character animator.”

Bachelor of Creative Industries student Thomas MacPherson was also a runner-up recipient of the John Stainton Scholarship, which recognised his potential as an emerging entrepreneur in music and sound production.

“I’m honoured to witness, first-hand, how our students embrace entrepreneurship and develop such excellence throughout their time enrolled in a Creative Industries course,” she said.

“I have no doubt that all three of these students receiving the scholarship and bursaries will benefit substantially from the additional support to pursue their dreams as creative practitioners.”

Read more about the Bachelor of Creative Industries course. 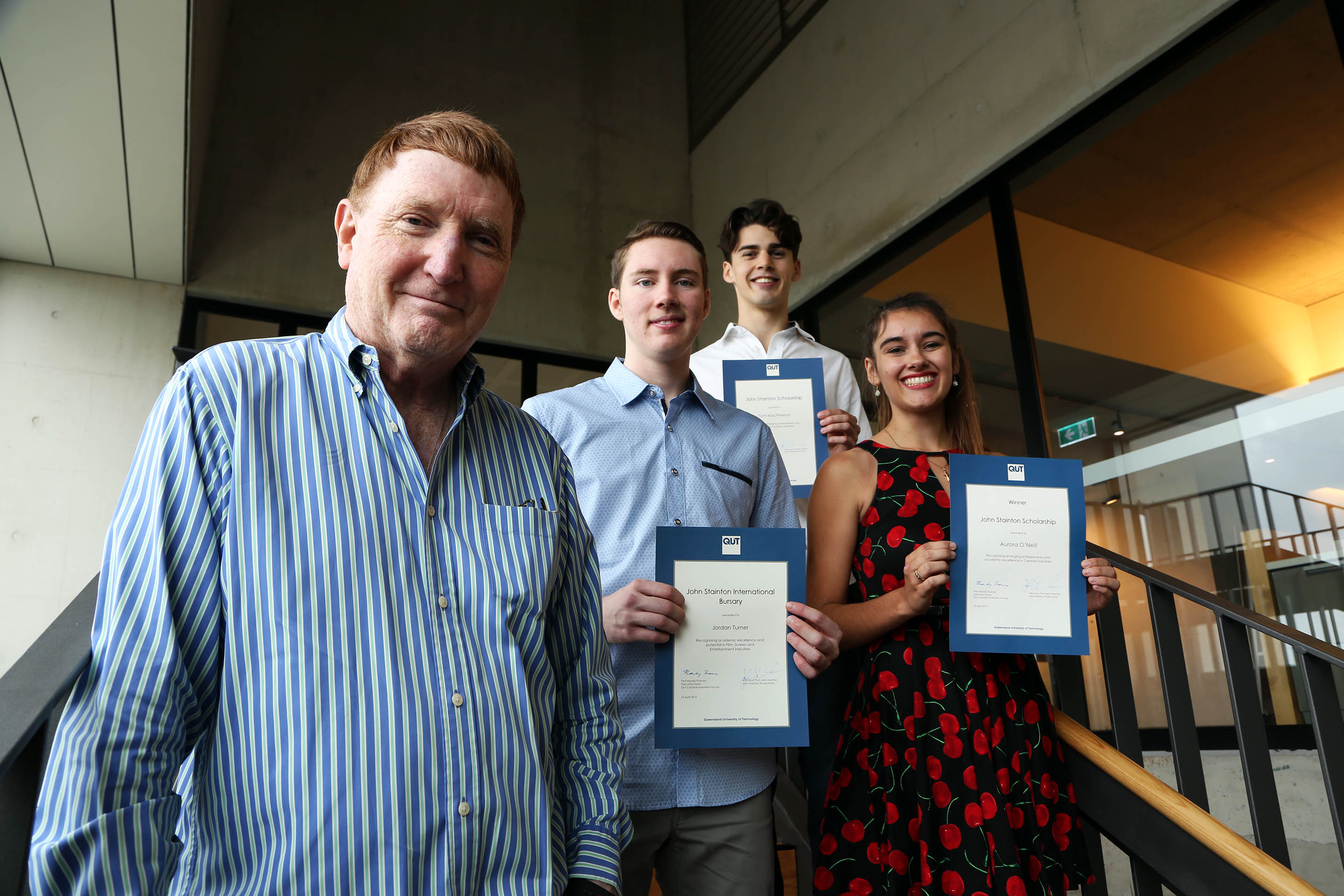