He may have spent the past five years at the helm of Yum! Brands - the $30 billion Fortune 500 corporation that operates Taco Bell, KFC and Pizza Hut – but Greg Creed was particularly happy to be back in his hometown of Brisbane recently.

The former CEO and QUT graduate’s passion for all things entrepreneurial was recognised when he was awarded an Honorary Doctorate in December.

A QUT Business School graduate, the 62-year-old said he takes the most job pleasure and joy from “just seeing people grow” and is looking forward to continuing to take a keen interest in QUT’s emerging entrepreneurs.

One of his most recent projects with QUT included mentoring Jackson Grant, Greyden Scott and Oliver Collins in the QUT foundry as they develop Pizza Roulette. The business is a start-up in which players sign up to a website, commit $2 each and wait for a randomly generated number to identify a winner. The winner gets a pizza delivered.

“I love seeing the students’ energy and commitment to developing concepts and am looking forward to spending time in 2020 with QUT Entrepreneurship,” Dr Creed said.

QUT Entrepreneurship Executive Director Professor Rowena Barrett said the university’s entrepreneurship program provided a range of learning experiences in which all students and staff could engage to build their skill.

“The new, purpose-built QUT foundry on the Gardens Point campus, alongside the QUT foundry at the Queensland Government’s Innovation Precinct in Fortitude Valley, and a third pop-up foundry operating on the Kelvin Grove campus in 2020, sees world-class facilities in which entrepreneurial endeavours can be pursued,” she said.

She said Dr Creed would help mentor students and staff to develop their ideas. He brings a wealth of knowledge and insight into brand building – an important skill for emerging entrepreneurs.

He joins others at QUT who are helping to develop and accelerate QUT’s entrepreneurial ecosystem. Queensland’s chief entrepreneur Leanne Kemp has been appointed by QUT Entrepreneurship (and QUT’s Institute for Future Environments) as an Adjunct Professor. Peta Ellis, former CEO of River City Labs,  and Aaron Birkby, former CEO of Startup Catalyst, are bringing their industry insight to the QUT Entrepreneurship program, while entrepreneurial adventurer Eleanor Carey and US cyber security tech founder, Wesley Huffstutter join the team in the QUT foundry spaces to mentor and build community.

“AT QUT we believe entrepreneurship can be practiced in a wide array of ways. It is underpinned by a mindset and a range of personal skills, attributes, behavioural and motivational capacities which can be used in any social, economic and organisational context,” Professor Barrett said.

Mr Greensill, who founded and is the Chief Executive of Greensill Capital, a market-leading provider of working capital finance to more than eight million customers in 150 countries, was also recognised as the 2019 EY Entrepreneur of the Year in October. 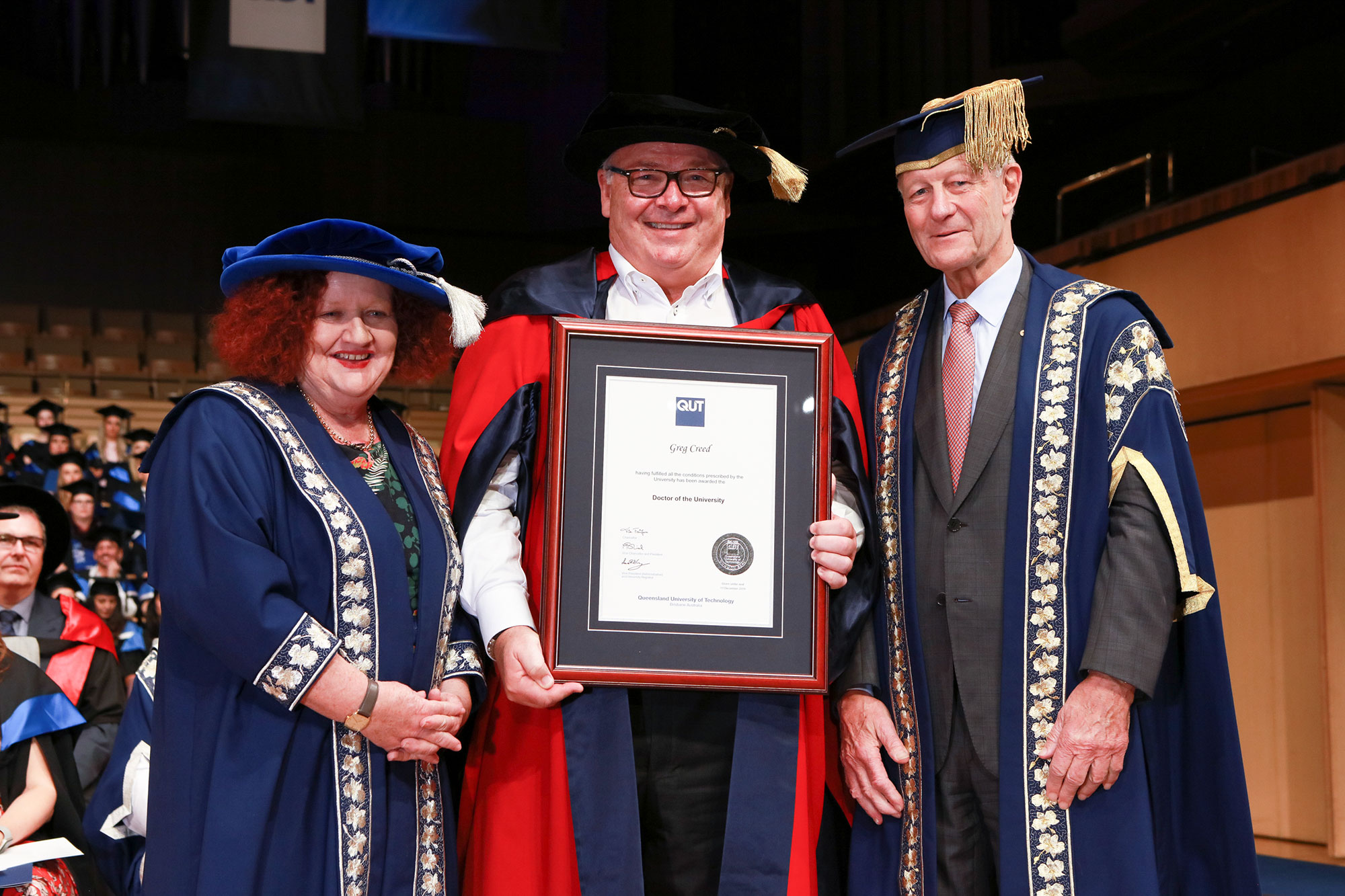