CEO, Steven Cain, clearly pointing out the supermarket is entering the most competitive period in its history.

“In the last two weeks Kaufland have announce new sites in Toowoomba and Morayfield. This brings the total Kaufland store count to nine, with three in South Australia, three in Victoria and now three in Queensland," Professor Mortimer said.

“Add into that a reenergized Woolworths and continued growth from Aldi, I would expect the supermarket sector to become a highly competitive space.”

Coles also announce the introduction of 1,200 new ‘Own Brand’ private label products in the past 12 months.

“This appears to align to their strategy to grow their private label range toward 40% of their sales in order to deliver more margin and defend against Aldi,” said Mortimer.

“Last year, it was reported food and grocery suppliers were bracing for another battle with Coles as the chain continued to increase private label brands to 40 per cent of sales within five years."

Coles Online division delivered a 30% growth over the 12 months.

Professor Mortimer said it was a strong result, with the national online grocery sales average sitting at 21.7%, and future channel growth of 10.9%.

“I would expect to see stronger growth and profit in this channel as Ocado comes on board with two new fulfilment centres by 2023," he said.

Wearable technology was implemented and worn by ‘back dock’ team members to improve safety and productivity.

“Clearly, Coles is moving ahead quickly in the technology and data game, utilising such technology to track worker productivity, performance efficiencies and also improve safety.

Professor Mortimer said disappointingly, they don’t appear to be making any head-way with customers.

“Weekly fuel volumes fall 13% to 60mL per week, indicating people aren’t filling up at Coles and that having a knock-on effect to convenience store sales," he added. 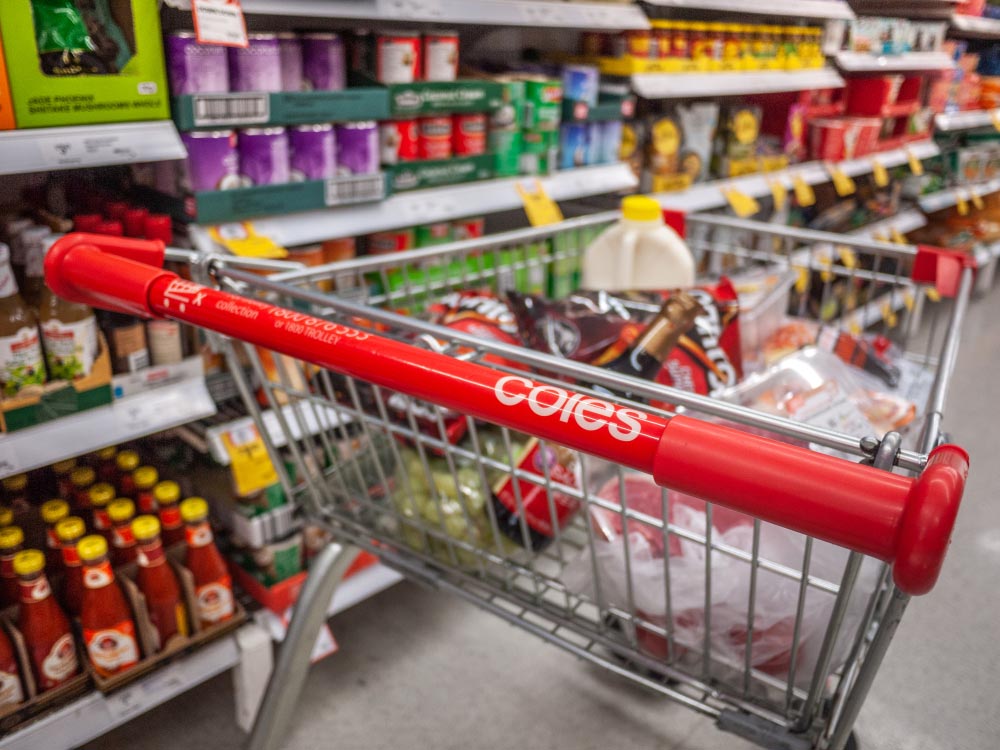