He’s described as one of the most influential leaders in Australian business but Richard Goyder AO has a few simple tips for those wanting to emulate his success.

“Make sure your organisation is clear on its direction, put great people in the right jobs and set and lead standards on every front,” Mr Goyder said.

Mr Goyder, the Chair of Woodside Petroleum Ltd, Qantas and the AFL Commission, was speaking at the QUT Business Leaders' Forum at the Hilton Hotel today. 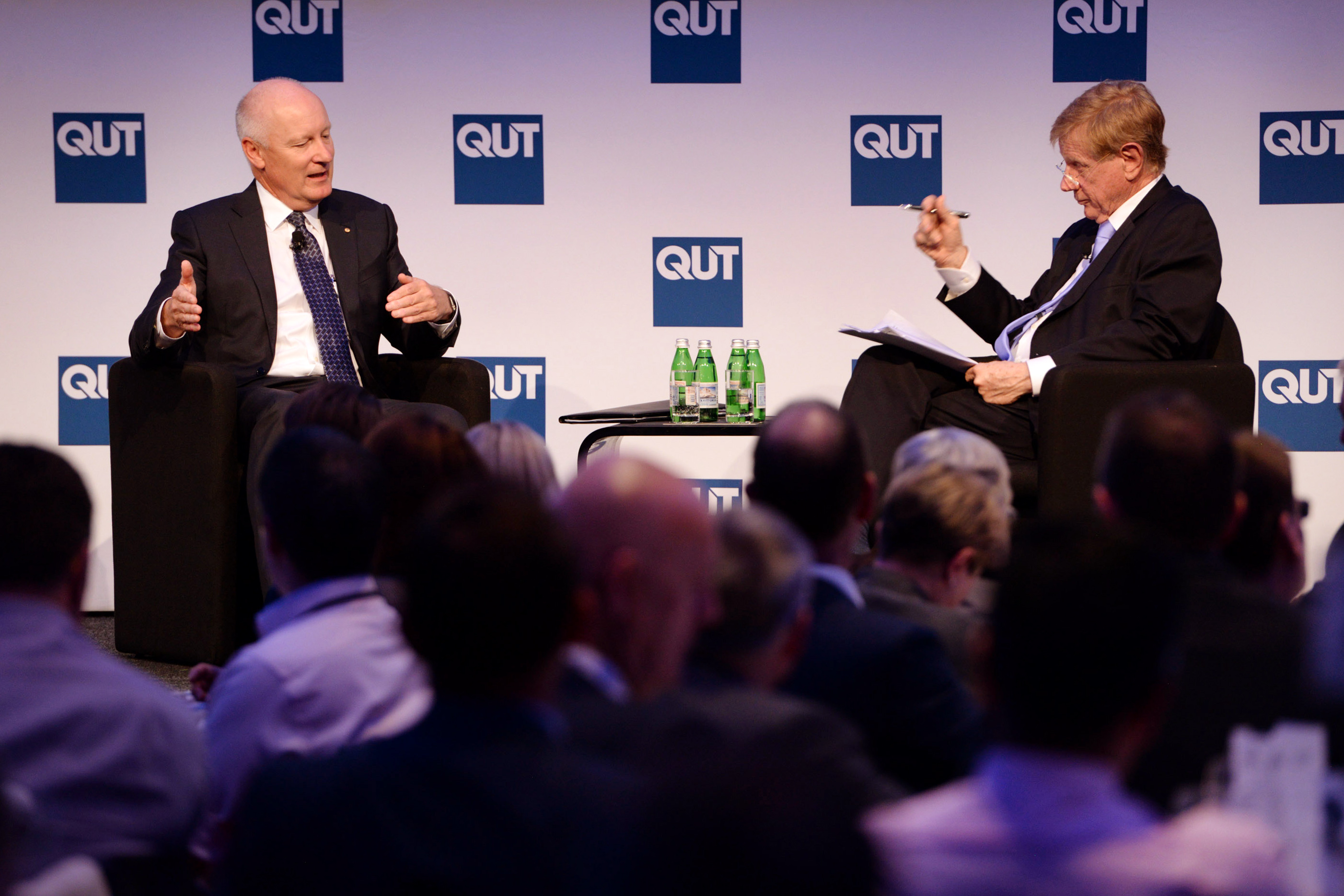 Richard Goyder in conversation with Kerry O'Brien at the QUT Business Leaders' Forum.

As managing director and CEO of Wesfarmers for 12 years to 2017, he transformed the company with the successful acquisition of the Coles group of companies. At more than $19 billion, this purchase was and remains the largest transaction in Australian corporate history.

While he admits he has made his fair share of few mistakes in his career, he was at the helm when Wesfarmers became a top 10 Australian company with more the 500,000 shareholders.

“You need to be able to have your antenna up and listen to what’s going on around you but also teach yourself to ignore the noise and focus on the long-term picture,” he said. “And learning from your mistakes is one to the biggest lessons you’ll ever learn.”

Mr Goyder was formerly Chair of the B20, the key business advisory body to the international economic forum, that includes business leaders from all G20 economies.

He has been outspoken on a range of social issues including marriage equality and diversity and was made an Officer of the Order of Australia in 2013 for distinguished service to business.

“I think business has a really important role to play in our society and I’m very passionate about the social impact that it can have on people’s lives,” Richard said. “As a leader you need to set and lead values of an organisation and be true to yourself.”

Mr Goyder mentioned climate change during his presentation, saying every business was responsible for reducing omissions. He also spoke about former AFL player Adam Goodes and his belief that the AFL should have come out earlier to renounce the racism against hm.

“Business has a really important role to play in society and is a big part of the answer. I’m passionate about trying to make our communities better places,” he said.