QUT has announced the Faculty winners to be honoured at the university's 2019 Outstanding Alumni Awards ceremony this month. A passionate advocate for social investment and leader in the philanthropy, financial services and nonprofit sectors, Caitriona Fay obtained her Graduate Certificate in Business (Philanthropy and Nonprofit Studies) from QUT in 2013.

She is General Manager, Community and Social Investments, with Perpetual Ltd, one of Australia’s oldest financial services companies and one of the largest managers of philanthropic funds.

Previously a member of The Ian Potter Foundation’s granting team, Caitriona worked with QUT’s Australian Centre for Philanthropy and Nonprofit Studies (ACPNS) to construct a multi-year series of scholarships and bursaries from the George Alexander Foundation to help people from charities around Australia to study nonprofit leadership at QUT. Architect Joseph Kwan obtained his Diploma in Architecture from then QIT in 1977.

A Founding Director of UDA (Universal Design & Accessibility) Consultants, Joseph has provided expert advice on accessibility design and audit services for numerous industry and government bodies, including Hong Kong Housing and Airport authorities, the Asian Development Bank, the United Nations Economic and Social Commission for Asia and the Pacific, and the World Bank.

In recognition of his significant contribution to society promoting and implementing barrier-free accessible environments for the elderly and people with disabilities, Joseph received the Medal of Honour from the Hong Kong SAR Government in 2001. 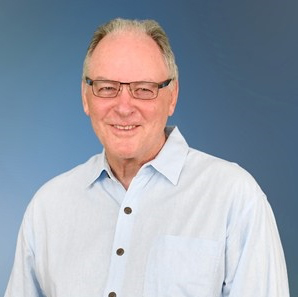 Norm Hunter obtained his Certificate of Teaching from predecessor institution Kelvin Grove Teachers’ College in 1965, and has gone on to a distinguished career as a teacher, principal, educational consultant and sector leader.

He was founding Co-Principal, then Principal, of Hillbrook Anglican School, which developed a ground-breaking philosophy centred on the inclusion and active involvement of teachers, parents and students in all facets of its operation and teaching program.

He has convened school and system workshops on the Leadership Capability Framework of the Australian Council for Educational Leaders (ACEL), worked with Indigenous assistant teachers in the Northern Territory, and continues to work with school leadership teams and aspiring educators from all three education sectors.

Norm was awarded a Medal of the Order of Australia in 2007 for his service to education and contribution to curriculum and professional development in Queensland. Professor Wen-I Liu, who completed her Doctor of Philosophy at QUT in nursing and mental health nursing in 2007, has more than 30 years’ experience as a clinical nurse, educator and researcher.

Currently, she is Dean of the College of Nursing at the National Taipei University of Nursing and Health Sciences.

She began her career as a registered nurse in coronary care at the Taipei Veterans General Hospital, later moving into the specialised field of psychiatric and mental health nursing.

She is committed to improving national and international healthcare practices by forging collaborations to facilitate education and interdisciplinary research opportunities, including with the QUT Faculty of Health. Venture capitalist Lex Greensill, who completed his Bachelor of Laws in 2001 at QUT, is the founder and CEO of Greensill Capital.

His early years were spent on his family’s sugar cane farm outside Bundaberg where he learnt first-hand how a business can be made or broken by the supply chains to which it belongs. His law background – working for a local law firm and completing his QUT degree by correspondence – has served him well in streamlining and simplifying legal processes related to global finance and trade operations.

He founded Greensill Capital in 2011 to build unique working capital solutions for clients, ranging from small suppliers to multinationals. In eight years, the company has grown to become a world leader in working capital finance. Prior to starting Greensill Capital, Lex was Managing Director and Head of Supply Chain Finance for Europe, Middle East and Africa at Citibank, and established Morgan Stanley’s global supply chain finance business. Graduating from then QIT in 1983 with a Bachelor of Engineering (Mechanical), Karen Andrews is a trailblazer and champion of STEM – science, technology, engineering and maths – and has been recognised by Engineers Australia as one of the country’s most influential women in engineering.

She is currently the Federal Minister for Industry, Science and Technology.

One of QUT’s first two female mechanical engineer graduates, she spent her early career working at power stations in regional Queensland before moving to Victoria, where she was the first female and youngest plant engineer for a petrochemical company.

She later established her own Human Resources and Industrial Relations Consultancy, then in 2010 moved into politics, elected as the Member for the Federal seat of McPherson.