Six business icons to have made their mark in mining, engineering, jewellery, property, the arts and cinema in Queensland have been honoured as inductees into the Queensland Business Leaders Hall of Fame.

The 2019 inductees were recognised at a gala dinner at the Brisbane Convention and Exhibition Centre last night.

Now in its 11th year, the Queensland Business Leaders Hall of Fame was established by the QUT Business School, State Library of Queensland and the Queensland Library Foundation to recognise the significant contributions made by businesses and their leaders to the state’s reputation and its economic and social development.

In recognition of his distinguished status as Australia’s leading art dealer and for his outstanding contributions to philanthropy. After a short career in finance, Philip Bacon worked as a gallery assistant at Brisbane's Grand Central Gallery in the late 1960s, and began collecting artworks, placing them on lay-by to pay off.

He opened his eponymous gallery in rented premises in a factory area of Fortitude Valley in 1974.

It was the foundation for what has been Australia’s leading art dealership over the past 40 years, representing, exhibiting and dealing the works of the nation’s significant artists past and present. These include Charles Blackman, Ray Crooke, Lawrence Daws, Robert Dickerson, Ian Fairweather, Michael Kmit, Margaret Olley, John Olsen, William Robinson, Jeffrey Smart, Brett Whitely, Fred Williams, and many more.

Philip’s extensive philanthropy includes generous financial support for arts organisations and the regular gifting of significant artworks to Australia’s leading galleries. His service to the community includes distinguished service to the boards of Opera Australia and the National Gallery of Australia. In recognition of his eminent business leadership, driving the long-term success of Mount Isa Mines and Mount Isa’s growth and development as a city. Sir George Fisher was a giant of Australian mining who spent 50 years in the industry.

He was the chair of Mount Isa Mines (MIM) during the company’s major expansion of copper and silver-lead-zinc production in the 1950s and 1960s, and he helped grow Mount Isa from a small town to a major inland city.

After graduating as a mining engineer in 1925, he began his career in Broken Hill  and quickly rose to underground manager, then general manager, of Zinc Corporation.

He joined MIM in 1952 and became chairman the following year. The company built houses and facilities to attract a stable workforce and embarked on a large-scale exploration program which uncovered rich new mineral deposits. By 1959, a copper refinery was built in Townsville, facilitating the local refinement of copper and the manufacture of copper products.

Under Sir George's leadership, MIM ran one of the largest lead, silver and copper mines in the world, and Mount Isa grew from a town of 6000 to more than 20,000. He was made a Knight Bachelor in 1967, and appointed the first Chancellor of James Cook University in 1971, a position he held until his retirement in 1974. 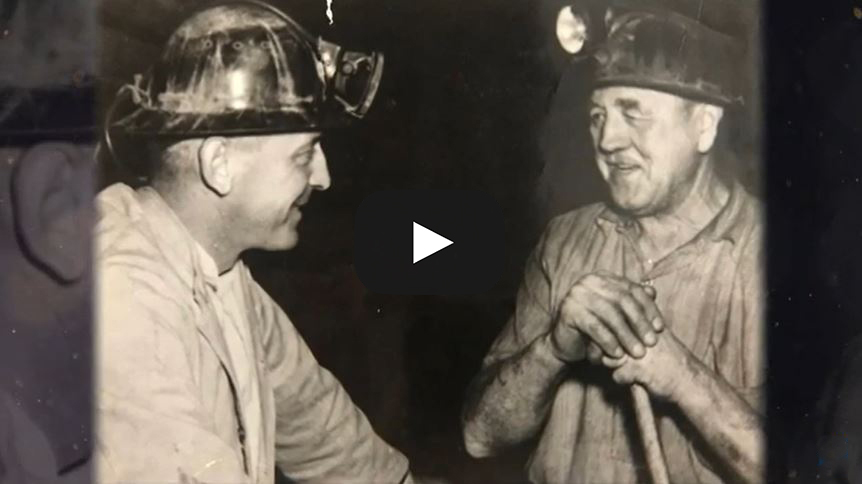 In recognition of its standing as Australia’s leading provincial film exhibitor and distributor and its industry leadership in Queensland and its regions for over 80 years.

Birch Carroll & Coyle (BC&C) has led the film exhibition, distribution and entertainment industry in Queensland for the past century, transforming, in particular, entertainment in regional and rural areas.

BC&C was founded in the early 1920s by four businessmen: brothers Edward and Dan Carroll, who set up theatres in Brisbane and Ipswich; Rockhampton hotel and cinema identity George Birch; and Townsville theatre owner Virgil Coyle.

The Rydge family, through Greater Union Theatres, now Event Cinemas, became a significant investor in 1927 and then took ownership in 1991. Their investment in the 1920s helped to fund BC&C’s rapid expansion throughout Queensland, the Northern Territory and northern New South Wales. Construction of Brisbane's Wintergarden Theatre in Brisbane was followed by other popular 'picture palaces' throughout Queensland which were venues for a mix of films and live performances.

BC&C has weathered the impact of significant change and financial challenges over the decades, including the 1930s depression, the arrival of ‘talkies’ and the required investment in new technologies, competition from television, after which the company branched out into drive-in theatres, and now competition from home cinema and live-streaming. 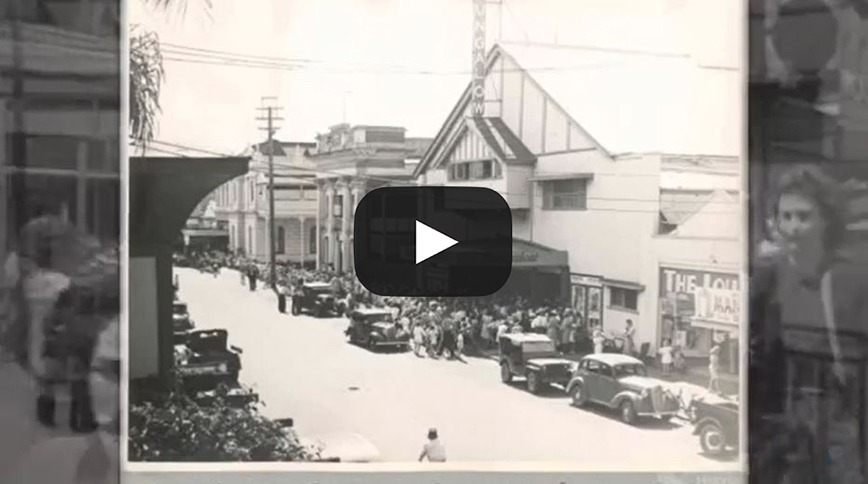 In recognition of its major contributions to the Queensland economy for nearly a century through excellence in heavy engineering, construction and shipbuilding.

The company began as a partnership between two young men with complementary abilities – Dan Evans, a talented engineer, and Arthur Deakin, a ship's purser and pioneering entrepreneur with commercial acumen.

Together they created the largest heavy engineering business in Queensland’s history, giving employment and apprenticeship training to many thousands.

Their partnership began in Brisbane in 1910 as engineering supply merchants, then in 1913 they opened a workshop. Their company was listed on the stock exchange in 1924 and grew rapidly, becoming a principal supplier and repairer of railway rolling stock for the Queensland Government railways.

When the railway business abated, growing demand for structural steel provided new opportunities in building and bridge construction. Evans Deakin Industries supplied structural steel for most of Brisbane’s prominent commercial buildings, hospitals and bridges, including the iconic Story Bridge, in the 1930s. The outbreak of WWII ushered in another era of growth with the company building and repairing naval and merchant ships.

In 1980 it took over Walkers Ltd of Maryborough, a major producer of railway rolling stock, then in 2001 the company was acquired by the Downer Group and renamed Downer EDI. 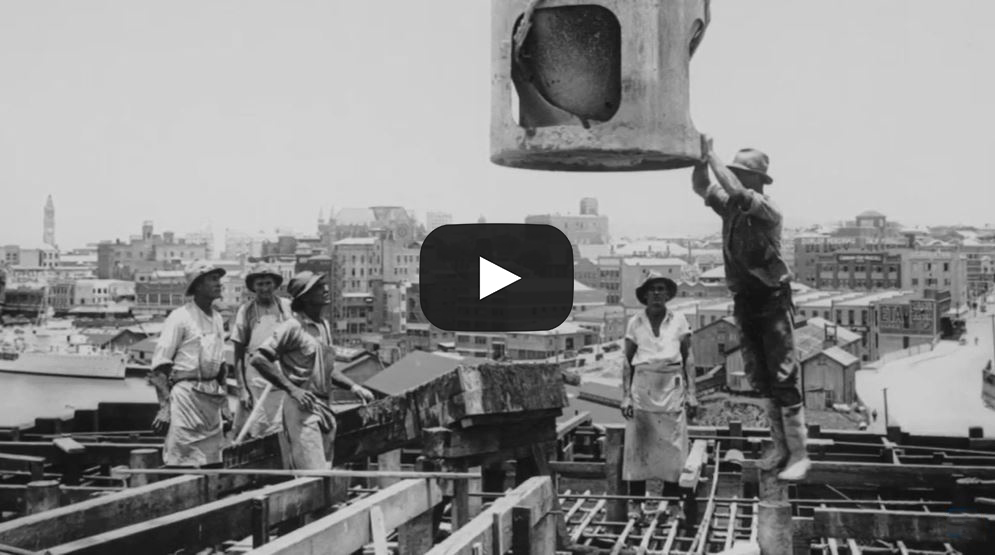 In recognition of their visionary entrepreneurship in developing Springfield, a nation-building project, and Australia’s first privately constructed city. Maha Sinnathamby and Bob Sharpless acquired 3000 hectares of land in south-east Queensland in 1992 with a vision to build a new city from scratch.

The Greater Springfield project is Australia’s largest master-planned community. Upon completion it will house 140,000 residents, a city centre and all of the necessary civic infrastructure. Building such a city with private money is a model for others, both in Australia and around the world.

In the beginning, funding challenged Maha and Bob’s ambitions, but an agreement with residential developer Delfin, now Lend Lease, provided the stability to ensure a steady flow of property construction. To date, $17 billion has been invested in the project, which houses 41,000 residents, 11 schools with 15,000 students, a hospital, town centre and 16,000 workers. In recognition of its sustained leadership in jewellery-making and retailing for over 100 years.

With more than 50 stores and more than 500 employees, Wallace Bishop is one of Australia’s oldest and most successful family businesses. In 1997 it also acquired Hardy Brothers Jewellers, providing the opportunity to manufacture and market high-end jewellery and make the prized Melbourne Cup gold trophy.

Founder Wallace Bishop arrived in Australia in 1909 with an impressive reputation in England for jewellery craftsmanship and goldsmithing. Initially employed by jewellers in Brisbane, he established his own store and manufacturing business in 1917, laying the foundation for an enterprise now in its 5th generation.

Wallace’s son Carl designed the Loyal watch, which continues to be marketed successfully today, and the Wallace Bishop Arcade, which opened in Brisbane’s CBD on the day WWII was declared in 1939, become one of the city’s iconic business landmarks.

Carl Bishop’s son, Wallace Junior, joined the family business in 1950 and took over as CEO in 1976, driving strong growth that coincided with construction of major shopping malls across the state. Wallace later retired to the position of chairman, and his son Stuart took the reins as CEO, a position he still occupies, with 5th generation family members now employed in the business.