QUT researchers have received a national award for improving life-saving public warnings about bushfires, floods and other devastating natural hazards.

The team of QUT researchers has been working with the Bushfire and Natural Hazards CRC (BNHCRC) on effective public warnings, such as text message alerts and official warnings on emergency services sites and social media.

Last night (May 29), the researchers won an Excellence in Innovation Award at the Cooperative Research Centres Association’s annual conference in Adelaide.

Our research is saving lives, and we’re honoured to accept the @crcassoc Excellent in Innovation award for our emergency warnings & engagement research #CollabInnovate19 pic.twitter.com/1QCvT8NVfh

The “Warnings that save lives” project was led at QUT by health education expert Professor Vivienne Tippett from the Faculty of Health School of Clinical Sciences.

She said the team had investigated what made people actually heed warning messages and take action when needed, including evacuation.

“We wanted to find out how emergency services could ensure their critical safety advice was heard amongst all the noise, and acted upon, so we actively tested the wording and structure of warning messages to better understand how they are understood and translated into direct action,” she said.

“It’s not just enough to order people to evacuate.

“People don’t like to be told what to do, even during an emergency, unless they have specific facts and information that enable them to make their own judgement call.”

Click image below to view video on the research: 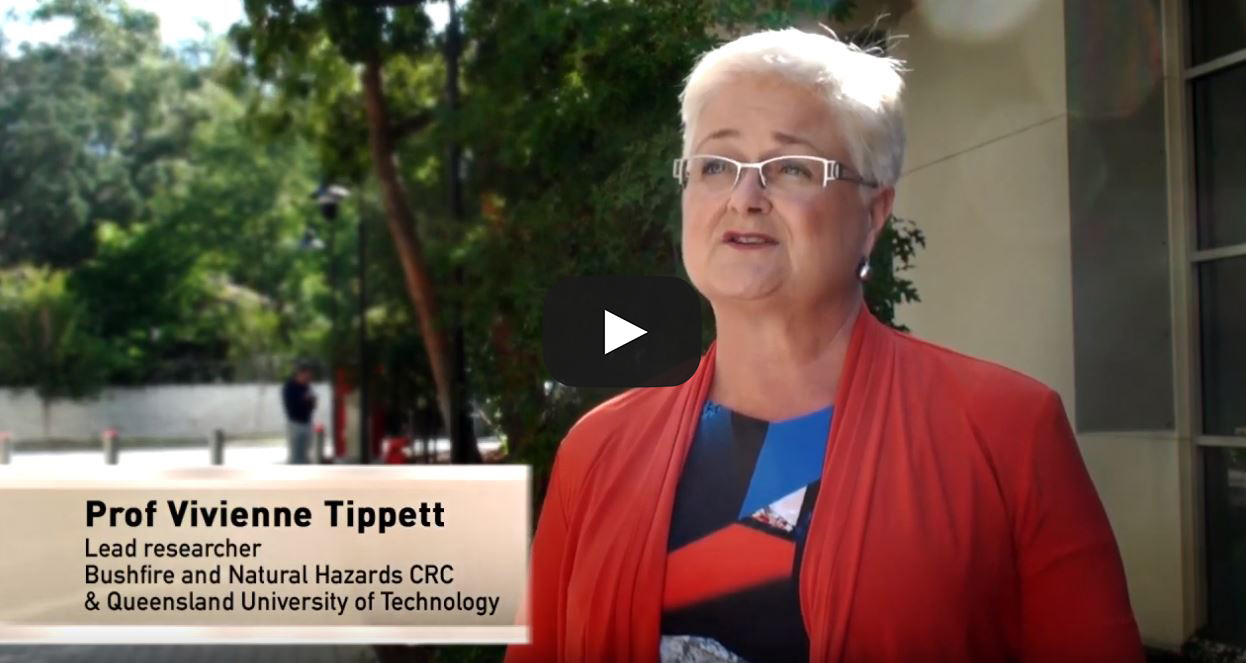 “Our research showed people were much more likely to act if they could verify a warning message through their own observations, from talking to other people, or searching for information online, so that they could make an educated decision,” Professor Tippett said.

“People have a real thirst for information during times of crisis, and the more specific the better. They need to know exactly where the threat is, see maps, have clear timeframes, have clear instructions that presume no prior knowledge, and information that personalises the risk and justifies why they should act now.” “In the past, intuition, experience, anecdotal information and market research have shaped the design of public risk communication and education campaigns, both in Australia and around the world,” she said.

“But we now have evidence-based warning guidelines for all emergency service agencies.”

The “Warnings that save lives” project was split between two research teams – the QUT team that tackled public warnings during an immediate threat, and a Macquarie University team that conducted a long-term study on deaths, injuries and building losses from a range of natural hazards.

Both teams were represented at last night’s awards presentation in Adelaide.